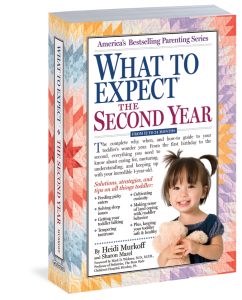 This afternoon, my toddler did the unexpected. She called a new worker in our home “ugly.” And, after I told her that we never use that word, and that it’s very hurtful, and I don’t ever want to hear her say it again, she turned to our new worker and told her that, “my Mommy says that you’re very, very, ugly.”

That was absolutely shocking. One, because it was an outright lie, since I never ever said that. And two, because it was just so cruel and mean to hear. I immediately put her into time out and, when DH came home, he had a long talk with her.

But, I have absolutely no idea where on earth that even came from! We certainly don’t talk that way in our house, and I am hoping that the girls don’t talk that way in gan. I sent an email to DD’s ganenet, asking her advice on how we should handle this situation. We are definitely in unchartered territory here. I mean, I can handle a lot of other things that comes our way: disobedience, acting out, being upset with her baby sister, fighting over meal times and makeup. But this, being mean just to be mean, is something I never expected to hear from my toddler.

I tried to reason that she has no idea what she is saying, but then I realized that she does know what she is saying. The other day, when we were walking on the street, she pointed out that a man was fat. He was a very, very large man, and when I tried to explain that we don’t say those things, she got very confused. She doesn’t yet associate “fat” with the way I associate “fat.” She is starting to grasp concepts like “opposites” and “similar” and therefore, she understands that “fat” vs. “skinny” is an opposite. But, how do we educate a toddler about social niceties? How do we explain that, even though technically one person might be fat, we certainly don’t scream it to that person from across the road.

But I also think that when she used the word “ugly” it was very, very, different from the way she used “fat.” In her mind, the worker in our house wasn’t what she has decided is pretty. And that got me thinking about what she sees around our home. She sees Disney princess characters and she spent a year and a day looking at Nicki Minaj in a Mac cosmetic ad on the back of my Oprah magazine. She watches celebrities on Sesame Street and she also watches all of the pretty people on Yaldut Yisraelit.  She has very limited exposure, however, to different races and ethnicities. Aside from Dora the Explorer, she doesn’t interact on a daily basis with children of different races. Also, when she reads her Dora books, she doesn’t see the physical differences between her and Dora. All she thinks is different is that Dora speaks Spanish, and she speaks Hebrew and English.

So, what do we do? How do we handle this situation? Do we punish her? How do we educate her? How can we teach her that her words are hurtful? That we don’t call someone “fat” or “ugly”? We’re new parents that definitely do not want our daughter growing up as a mean girl, or worse, a bully.

Anyone who comments with advice is automatically entered into my What to Expect giveaway! If you don’t have the books, or if you haven’t been to the What to Expect website, you are definitely missing out! These books are, to me, what Dr. Spock was to my parents thirty years ago. The website is really, really helpful and I especially loved getting daily emails about fetal development during my entire 42 week pregnancy! They approached me to host this fabulous giveaway and, on Thursday, one lucky commenter will win all of the What to Expect books!! So, spread the word and let your friends know about this fabulous giveaway. And, more importantly, weigh in on what you think we should do to teach our daughter that “ugly” is a really nasty four letter word!