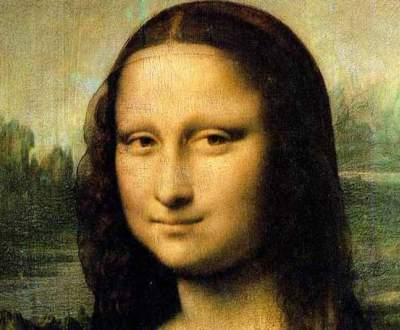 Did you know that the Mona Lisa has no eyebrows or eyelashes? Gaby’s Aunt told me that during her lovely visit yesterday and I couldn’t stop thinking about it. So this morning, I decided to take a look at the Wikipedia entry for the most famous painting in the world.

Mona Lisa has no clearly visible eyebrows or eyelashes. Some researchers claim that it was common at this time for genteel women to pluck these hairs, as they were considered unsightly.

But the entry continues:

In 2007, French engineer Pascal Cotte announced that his ultra-high resolution scans of the painting provide evidence that Mona Lisa was originally painted with eyelashes and with visible eyebrows, but that these had gradually disappeared over time, perhaps as a result of overcleaning.

I’ve found myself at the awkward eyebrow stage of cancer. Similar to the overplucked stage of the 1990’s but totally beyond my control. What remains has turned an ashy greyish color with visible patches throughout the arch. It’s like fall foliage, each hair fell off in its time and what remains is a smattering of stubborn strands that’s pitifully hanging in there. Like those crusty washed out leaves you see peaking out of snow covered branches during the winter. You kinda wonder how come they don’t just let go but know they’ll fall off eventually and come spring time, everything will sprout anew.

I’ve become one of those people who wakes up in the morning and asks myself if this is an eyebrow day or not an eyebrow day? Does today’s social interaction warrant artificial eyebrows?

The problem is that, until cancer, I’ve never needed artificial eyebrows. I was blessed with a set of full, bushy brows that tried desperately to connect to create a uni-brow but fell short. The other day, I looked through my bag of makeup hoping for something that I could use to draw in the illusion of eyebrows, but came up empty handed.  A makeup counter is really not a sterile environment so the MAC at Mamilla was out of the question. I decided to try my luck at my local SuperPharm on Derech Chevron.

If you’ve ever been to a SuperPharm in Israel, you know to avoid certain aisles. At least, I know to avoid certain aisles since I prefer to shop and browse without being harassed. I decided that I was desperate enough to try my luck at what appeared to be a Mission Impossible. I entered the store and walked carefully down the shampoo aisle and stopped right before the rows of toothbrushes and toothpaste. I peeked my head around to see if the coast was clear. It was actually quite ridiculous and I was happy the aisle was clear so no one could witness what would end up being a snatch and grab. I rounded the corner and jogged past rows of nail polish, emery boards and perfume bottles. This section of SuperPharm is totally foreign to me and I had no idea where to turn to find an eyebrow pencil.

And like that scene in Jurassic Park, where one Velociraptor makes eye contact with his prey while two others come from each side to corner their meal, I make eye contact with her. She smiles and calls out to me; I panic. Two more start to make their way over and I feel trapped.

I tried to tell them that I’m okay and I don’t need help but they’re persistent. In my panicked state, I forget how to say pencil and eyebrows in hebrew.  Finally, I see a row of what could be eyebrow pencils and I lurch forward, grabbing the first brown one I see. I wave it triumphantly at the makeup ladies and make a break towards the check out counter, leaving the three women behind some invisible barrier of the makeup section.

Once home, I actually looked at the eyebrow pencil. It’s from a brand I’ve never heard of and one side has a round brush while the other side has a brown, oily “pencil” that you reveal by swiveling the tube. I set to work on drawing in my eyebrows, trying to use what’s left as a guide. I think about the Wooly Willy toy of my childhood as I stare at my baldness, wondering if this magic pencil can draw in what used to be my face. 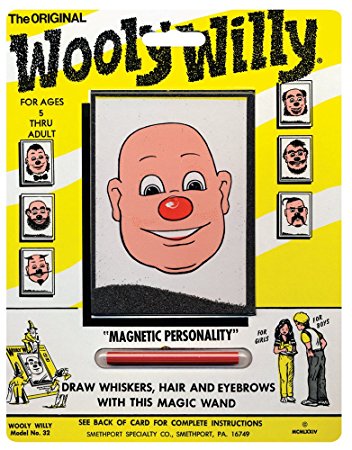 During my first attempt at drawing in eyebrows, I somehow draw in a surprised expression. It’s awful. I scrub it off with a baby wipe and try again. This time, I’ve managed to make one side thick and one side thin, and so my eyes look lopsided. I wipe away attempt number two and try again. Carefully, drawing upwards in measured strokes, I follow what remains of my curved arch. I lean back and look at the results. I move my head from side to side. It doesn’t seem too bad! Third attempt complete. I put on some more makeup, my wig, and head out for my meeting.

Five hours later, I’m back in PJ’s and waiting for the kids to come home from school. I’m sitting in my chair in the living room, work document open on my laptop. I’m hot so my hat is next to me on the couch; I was too tired to wash my face or take off my earrings. Engrossed in work, I didn’t even hear the key turn in the lock. The kids burst into the room, one by one, each calling out to me with whatever they wanted to tell me about their day. And then, just like that, they fall silent and stop short of the living room.

My nine year old starts giggling while my four year old looks scared. I look towards my husband for a clue.

The four year old points at my face, no sound coming out of his open mouth.

“I don’t like it,” declares the nine year old, webbed fingers over her mouth as she tries to stop laughing.

My husband raises an eyebrow and I realize they are upset about my eyebrows. Did they smudge? I hadn’t looked at my face in a while so I assume something must have happened with the makeup during the course of the day. I struggle to rise from my chair and leave my three horrified children behind. I make my way towards the mirror in my bedroom and have a look at my reflection. It wasn’t pretty.

“Why did you let some kid draw on your face, Mommy? It’s not Purim anymore.” My seven year old has followed me into the bedroom. She was right, it did look like some kid drew eyebrows onto my face.

I smiled at her in the mirror and went to the bathroom to wash my face. It looks like I’ve got a lot of YouTube video tutorials in my future.