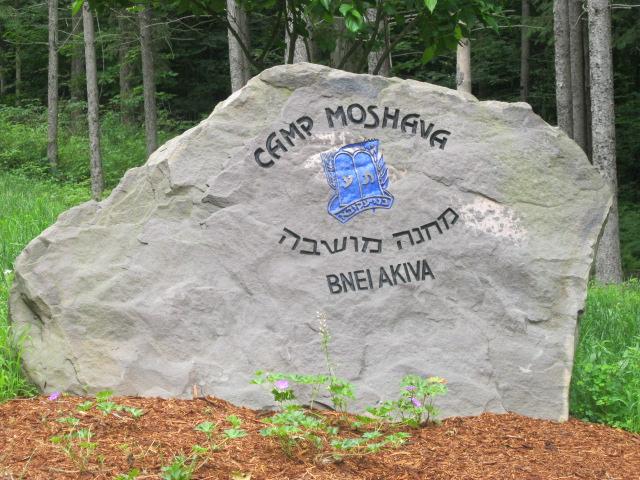 This morning, I read an excellent article in the parenting blog section of The New York Times about summer camp counselor vs. intern. It sparked some really interesting discussion on my Facebook feed and I definitely had a strong opinion about this topic. Nothing important enough to share here though, but I’ve got to say, I’ve got summer camp on the brain.

My 13 year old niece will be attending a US based summer camp this summer and I’m so excited for her! This will be her first summer at camp and, as an Israeli, she has no idea what’s in store for her when she arrives. Fortunately, she is extremely excited, optimistic and hopeful.

I pray her summers are nothing like mine were.

Until I became a CIT at Camp Mesorah, I hated sleep away camp. I would have been better off going to day camps in the Tri-State area. But, since ALL of my friends from school went to sleep away camp in the summer, there was no way my parents were going to keep me home.

Fortunately for my younger siblings, they changed their tune after experiencing my horrible summers. My younger siblings went to sleep away camp for only a month, then either enjoyed day camp the second month or went on a family vacation with my folks.

I was stuck at sleep away camp while they enjoyed this little arrangement.

Let’s see how it all began.

Summer camp #1: Camp Morasha, age 10. My parents made the big mistake of sending me  for the second month, not the first. And, the one friend that was supposed to be my bunk mate was switched out of my bunk last minute into my buddy bunk. My parents had a fit when they found out that it happened and my friends father drove all the way up to camp to make sure I was okay. (Guilt perhaps that his daughter was moved into the other bunk while I was left along? Who knows, the whole experience was effed up) I wasn’t okay, being that I knew no one in my bunk. But, I put on a brave face and said all was fine. That summer I gained about 20 pounds from all the amazing canteen foods, and the cookies and juice for 4:00 p.m. snack. I came home not being able to fit into any of my clothing but still, to this day, remember the song we sang during color war.

Camp #2: Camp Hillel, age 11 and 12. Well, if you read my previous entry, you know that I got kicked out of this camp. If you missed it, check it out here. But that first summer, I went on my first Shabbos walk ever, had my first relationship triangle with Brian W. and Elie H. and was the leopard in the camp play. Brian picked Elie over me, so that was devastating. I remember a lot of dogs on campus, having Hicks and Hobos night and walking around in a plaid shirt, jeans, mascara drawn freckles and my hair in braids. I went bobbing for apples with a thousand of kids and still gag on that memory today (how gross and unsanitary was that??!). Inter-camps with Camp Chipiwah (sp) down the road and getting my arm exrayed because they all thought I broke it playing kick ball. The girls were pretty mean and the boys were pretty.

Camp #3 – Camp Moshava, IO, age 13 and 14 – First summer, I made a mistake on day one that left an impression on me forever. Met a new bunkmate while unpacking, she asked me if I knew a girl from Camp Hillel. I honestly answered that I did but that I didn’t particularly like her. New girl told me that Camp Hillel girl was her BEST FRIEND from back home. New girl hated me from that second on and made my life a living hell. Lesson learned, never tell anyone you don’t like someone. Except for her, the girls were much better. I made some friends and actually liked my counselor. Learned how to shoot a rifle by some ex-IDF sharpshooter. Went on two shmutzes, hiked for hours, bought pickles and other crap during our hikes into town, and went on a couple “Shabbos” walks. Still remembers how to sing Mifkad and knows how to Amod Dom.

Second summer, much better bunk mates. Don’t remember counselor but our division head was a complete tool. He put me on probation after someone told him that I was kicked out of Camp Hillel. Was placed on probation because started having issues with some of the boys in camp. That was the summer of the mooning. Saw way too much girl and boy asses that I can’t even count them. Yotam K. drew a picture of a giant cow with an arrow pointing to the ass and my name: “Shira Cow-Ass”.  Yoel M. walked the picture over to where I was sitting on the lawn with some friends, on Shabbos, and handed it to me. It was pretty upsetting. They docked the bunk from evening activity and made all the boys apologize to me. That made things worse for me that summer. I learned how to literally sling mud in a mud fight. I had a great time rafting down the Delaware River. I learned how to use a lighter and my deoderant to burn flies. I got trampled by my bunk mates when they discovered a bat in our bunk. I have a giant bump on my foot, to this day, to prove it. I was lucky it was just a bump on the foot. I learned how to make a tent out of twigs, rocks and sticks. I peed in the woods, a lot. Did some more hiking, made friends that lasted through High School. Vowed never to return to Camp Moshava again.

Camp #4 – Camp Mesorah. ages 15 and 16 –  At this point, I was no longer a typical camper. I decided to skip the summer experience in Israel, although I was signed up to go on Achva, and my parents lost our deposit money. But, at that point, I wised up to what was best for me. It was the best decision I made as a young adult. I was a CIT and then became a junior counselor at Mesorah. Best summers I had at a sleep away camp. CIT summer was great, went to Old Montreal and made some amazing friends. Wore a lot of jeans and button downs. Flirted with some cute boys and started to become more confident. Discovered that I loved being in charge of other kids and loved the people I worked with. Realized how different camp was when you’re a counselor instead of a camper. Grew up and matured a lot. Began my eating disorder, which you can read about here.

Second summer, had an amazing co-counselor. Aliza B. was the best, we had a great time eating Snackwells, watching soap operas and reading soap opera digest. Our kids were terrific too, most of them are probably married by now. Many got married before I did. Had very curly hair, still wore glasses, and fell in love with the man I thought I was going to marry. It was nice having a “boyfriend” for a summer. Independence felt great, enjoyed going to the Binghampton mall with friends during our days off, or getting kosher pizza near all the Jewish bungalow colonies. Starved myself during the day and, after lights out, joined 4 friends to share 1 can of corn and 1 can of green beans. Lost a TON of weight that summer, Mom was thrilled when I came home.

My niece won’t read this blog post before she goes off to camp. I’m keeping this close to the vest and being the best cheerleader I can be. I already plan on sending care packages, told her to make sure to pack food to share with her bunk mates, and have been buying her Seventeen magazine so she can be caught up on American pop culture. I also can’t wait to help her write her name on all her clothing and pack up for the big day! Not that it will help, she’ll lose half of her socks in the laundry. But hey, it’s all part of the experience.

Do you remember your summers at sleep away camp? What were your best – and worse – memories?