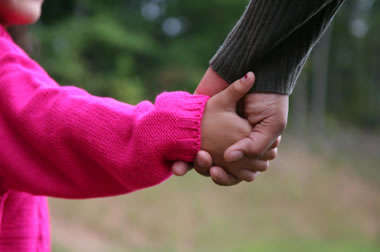 Friday night, we went to my in-laws for Shabbat dinner. It’s not something we frequently do and, typically, I prefer to stay home for Shabbat dinner. I am a big proponent of keeping Baby J. on a strict schedule. Routine is so important to all of us, and she is definitely a much happier child when we stick to her routine. But, sometimes in life we need to make exceptions to the rule, and so once in a while we spend Shabbat dinner with my in-laws.

Baby J. is very comfortable at my in-laws house and with my in-laws. She loves my sister-in-law’s two children, and the three girls play really nicely together. It’s never really relaxing for me to be there though, I am constantly worrying that Baby J. will tumble down the stairs (she did), rifle through drawers and pull out breakable items (check), or cause general mayhem in their beautiful home (i.e. finding a permanent marker in the kitchen cabinet and then heading straight for my mother-in-law’s cream couch while muttering “color, color” under her breath qualifies as another).

Being exhausted when it’s already 2 hours past her bedtime doesn’t help with her behavior. And, I feel terrible disciplining a child who is misbehaving because she should have been asleep hours earlier. Fortunately, we made it through the evening with only a couple of crying fits, no  broken bones from the fall down their stone steps, and the only thing that was shattered was a small vial of 14K Gold flakes souvenir my father-in-law brought home from a recent trip abroad.

However, what really disturbed me about the entire evening was watching my daughter interacting with a perfect stranger. My sister-in-law invited a friend from work for dinner and, coincidentally, the friend’s sister is a friend of mine. Until Friday night, however, Baby J. had never set eyes on this woman. She was perfectly polite, friendly and nice but what was shocking was how quickly Baby J. took to her. The woman was in the apartment for no more than 10 minutes before Baby J. asked her to pick her up. Throughout the evening, Baby J. gravitated towards this woman, asking to be held and cuddled or played with. And, after Baby J. fell towards the end of the evening, she actually ran to this woman to be picked up instead of coming to either myself or my husband.

Aside from appreciating that this lovely woman was paying attention to my child, I was gripped with fear. How did I end up with such a trusting toddler? This scene, if you can imagine, has also happened repeatedly but in different scenarios. On multiple occasions, the workers at Baby J.’s daycare have reported that she is willing to go home with any of the people who come to pick up the children. I’m aware that she is like that, willing to go to anyone who will take her where she wants to go (usually, it’s outside of where she currently is). The responses I’ve gotten haven’t been very helpful, most just say that she’ll eventually grow out of it and will then be afraid to go with anyone but me.

I don’t think that’s going to happen. My Mother tells me that I need to educate her about strangers, but I fear I won’t be able to strike the delicate balance between caution and fear. I do not want Baby J. to be terrified of strangers, but I also want her to exercise caution when meeting new people for the first time. It’s a scary, scary world out there and I shudder to think that – if I avert my eyes for just a minute – something horrible will happen.

I’ve expressed my concern multiple times to DH and, while he agrees that we need to figure out a solution to her trust issues, he thinks I am overreacting about Friday night. He claims that since we were at my in-laws, in an environment that is both familiar and safe, that it was okay for her to interact the way she did with this strange woman. I disagree. My in-laws have a very open home and, at times, there have been numerous people in their home that I would not be comfortable holding my child.

So what do I do? I haven’t spoken to Baby J. about it yet, but know now is the time to begin to educate her. I wonder if I should wait for an opportunity, like the next time we run into a stranger in the street that she wants to go up to. Or, should I just begin now to explain the difference between friends and strangers?

Maybe Sesame Street has some sort of episode about strangers? Either way, P”G with a baby on the way, now is definitely the time to make sure she understands that she cannot trust everyone.